An "input task output task framework" for TBLT in Japan 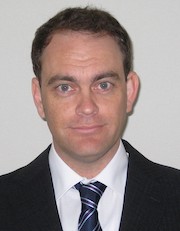 Task-based language teaching (TBLT) is sometimes criticized as being inappropriate for teaching foreign languages in Japan because it focusses too much on oral language skills, and because of its emphasis on students' existing language knowledge and skills. However, such criticisms are arguably the result of misunderstandings of TBLT. This talk will outline and address these criticisms, and will introduce an input/output approach to TBLT that is particularly useful for language classrooms in Japan. The talk will include both a theoretical background to this approach, but will pay particular attention to practical ways it can be implemented in the foreign language classroom.
Justin Harris is an associate professor at Kindai University in Osaka Japan. His research interests are in task-based language teaching and English as a lingua franca. He is a founding member of the JALT TBL SIG, and is the conference chair of the TBLT in Asia biennial conference. He co-authored the textbook series OnTask, which has been nominated for the British Council "ELTons Innovation Awards 2019".

The Japan Asociation for Languge Teaching

JALT2020: Communities of Teachers and Learners